The other night I watched a movie about Megaprimatus kong, better known by his non-scientific sobriquet, King Kong. And I thought he was just a rather large representative of the species Gorilla gorilla. Did you know that Kong was the last surviving member of his species? Did you even know he had a scientific name? He wasn’t alone. The nasty, toothy worms that ate some of the film crew were Carnictis and the dinosaur gang of three that battled M. kong were Vastatosaurus rex. At least that’s what the gang who made the 2005 version of King Kong tell us in their mockumentary about the natural history of Skull Island. The extra film footage is included in the DVD version of the movie.

While I cannot recommend the main feature, the mockumentary makes a fine addition to the geomovie oeuvre discussed earlier this year at Magma Cum Laude and Geotripper. Skull Island: A Natural History includes “historic footage” of expeditions to the island, talking heads, and material from King Kong. We learn that the island is a “perversion of evolution,” where dinosaurs survived because underground vents kept the island temperate during the prolonged cooling following the asteroid that hit 65  million years ago. Unfortunately, or perhaps fortunately, the geologic instability that led to the survival of the dinosaurs ultimate doomed Skull Island, as a 9.2 magnitude earthquake led to the island’s disappearance into the sea, coincidentally just after the original King Kong movie crew finished shooting in the 1930s.
I have to hand it to the movie makers because much of what they discuss is based on plausible science, even if applied to a made up world.  This does not necessarily mean that the movie is believable and it’s too bad that none of this science comes across in King Kong but at least the mockumentarians did take the time to research the facts. Another plus for the mockumentary is its length, an easy-to-watch 17 minutes versus the butt numbing three hours of the film. 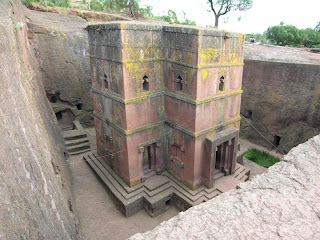