I would like to return to Smith Tower and look at the other beautiful stone that graces its lobby. It is a classic marble, quarried from Tokeen on Marble Island, just off the west side of Prince of Wales Island in southeast Alaska. Tokeen was the more major of two marble quarries in the area. First to open was Calder, at the north end of Prince of Wales Island but it closed about the time that Tokeen was being more fully developed by R. L. Fox of Seattle. Marble Island was initially called Fox Island. 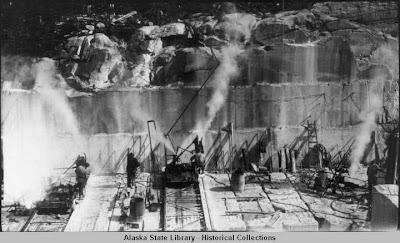 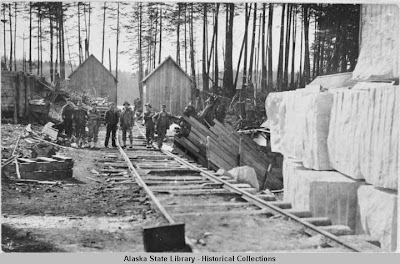 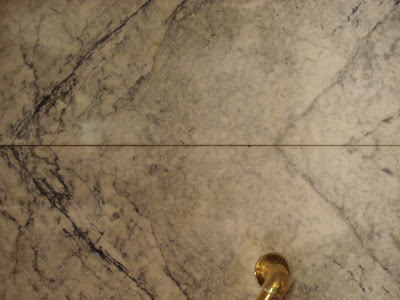 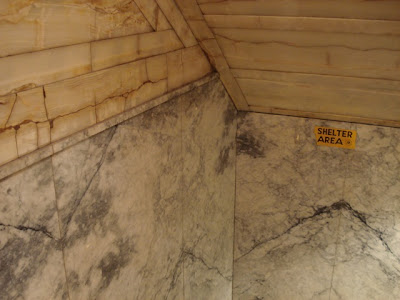