Wow! Yesterday was a stunning end to the Giro d’Italia, one of the world’s great bicycle races. And the excitement occurred because of stone, the legendary San Pietrini cobbles of Rome. With just under 1000 meters to go in the time trial, race leader Denis Menchov looked like he was ready to win not only the overall race title but also that day’s race, the last leg of the Giro. 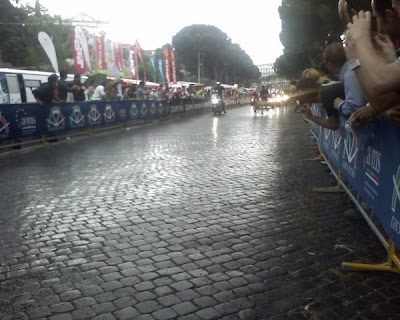