Skip to content
Tweets by geologywriter
The recent and tragic fires around Los Angeles have prompted me to write about the connection between fire and stone. Vitruvius was one of the first to consider the connection. In his landmark De Architectura, or The Ten Books of Architecture, written sometime between 31 and 27 BCE, he wrote of travertine blocks. “They cannot be safeguarded against fire. As soon as they make contact with it, they crack apart and fall to pieces.” Instead he recommended the use of tuff.

Like the Greek philosophers Aristotle and Plato, Vitruvius considered that matter consisted of unique combinations of the elements water, earth, air, and fire, which gave an object, such as a stone, unique properties. Too much air and fire, according to Vitruvius, made travertine susceptible to breaking at high temperatures. Modern scientists point to the unequal amounts of extension and contraction along internal crystallographic axes in calcite for travertine’s poor performance in fires. Geologist Marie Jackson has found that tuff survives fire better than travertine because of its porous texture, which allows tuff to expand when heated with far less fracturing than travertine.

The problems caused by fire often drove building practices. In 1680, the General Court in Boston passed a resolution requiring slate roofs, after a fire destroyed 80 buildings and 70 warehouses. Others fire led to cities such as Boston, Seattle, and New York passing laws stipulating that new buildings be built with stone or brick. And James Flood’s brownstone mansion was the only building on Nob Hill to survive the fires that followed the 1907 San Francisco earthquake. 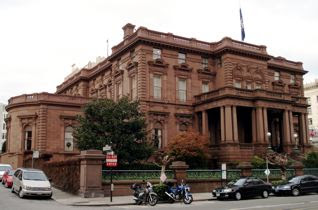 The argument has also been made that Chicago’s Great Fire of 1871 helped make the Salem Limestone the most commonly used building stone in the country. Historians and promoters of Salem Limestone have written that the “buildings that suffered least from the fire were of limestone.” Newspaper accounts from the time, however, report that during the fire, limestone “seemed as though [it] actually burned like wood.” Builders were so prejudiced against the local stone, most of which came from nearby Joliet and Lemont, that in the first 30 days after the fire, most ordered brick, from as far away as Philadelphia. 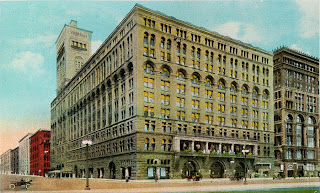 The true qualities of the Salem—durability, accessibility, and ease of cutting—ultimately proved superior. By the mid 1880s, architects such as the high-profile firm of Sullivan and Adler had begun to use Salem regularly, most prominently on their Chicago Auditorium, built in 1887. Others followed, demand grew, limestone-laden trains bore north, and Salem buildings spread across the Windy City. By the mid-1890s, the Salem limestone was being shipped across the country, en route to staking its “most popular” claim. 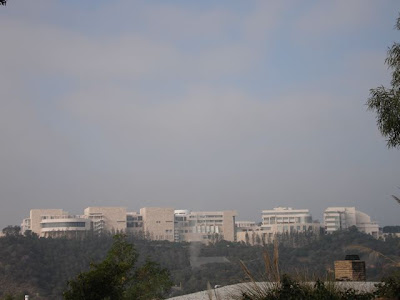 Two months ago, another fire in Los Angeles made it into the news. This one threatened the Getty Museum. If the fire had engulfed the buildings, they would have put Vitruvius to the test. Travertine, and in fact, travertine from the same quarries that supplied Rome in Vitruvius’ time, clads the Getty’s buildings. Fortunately, fire fighters contained the blaze and no stone was harmed. I also suspect that fire fighting has improved a bit in 2,000 years.