Skip to content
Tweets by geologywriter
There has been a big stink of late in Seattle about a proposal by our congressional representative, Jim McDermott, to obtain $250,000 for a tony social club in the city. Seems that The Rainier Club is having issues with some of its windows and wants to rehab them. Unfortunately, the club’s members have been willing to pony up only half the cash for repair work. This is where McDermott has stepped in. He included money for the club as part of a number of requests he made to the House Appropriations Committee. 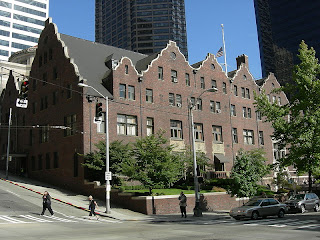