Skip to content
Tweets by geologywriter
Over the past couple of years, a controversy has arisen over possible human footprints in central Mexico. The disagreement centers on age and maker. Is the ash where the prints are preserved 40,000 or 1.3 million years old and did people out for walk produce the foot-shaped impressions or did more recent people inadvertently alter the rock and subsequent weathering and erosion form the marks? The simmering debate raises many questions but to me the focal point is the fact that the tracks occur in an abandoned building stone quarry. 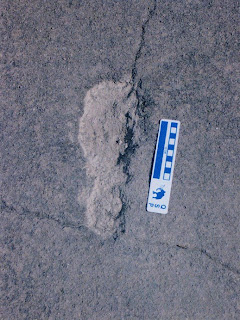 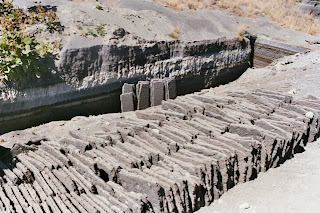