Skip to content
Tweets by geologywriter
Today, I learned about another great stone tombstone. It is a several-foot-tall piece of petrified wood that marks the grave of one of my heroes, Alfred Russel Wallace. Wallace, who came up with his theory of natural selection while in a malarial haze, was buried at the Broadstone Cemetery in the town of Broadstone, about 100 miles southwest of London. He died on November 7, 1913, and despite some suggestions that he be buried next to Charles Darwin at Westminster Abbey, Wallace had a simple burial on November 10. 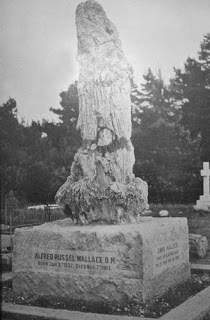 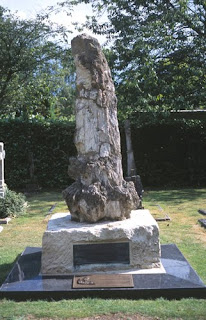