Skip to content
Tweets by geologywriter
Lee Allison at Arizona Geology recently sent me a link to a nifty article about a sandstone quarry in Flagstaff. The article details the history of the use of the Moenkopi Formation sandstone, which sold under the name Arizona Red. Construction of a new fire station prompted the story as it will be built on the site of the old quarry.
The quarry opened in 1888 providing massive blocks of stone for the growing town and quickly attracted the attention of builders around the west. Many buildings with Arizona Red still stand in Flagstaff, including the Coconino County Courthouse, the Babbitt Brothers building (which also contains brick made from Moenkopi derived soils), and a host of structures on the Northern Arizona University campus. By 1910, however, Arizona Red was no longer popular.
Residents of Flagstaff were not the first to use the Moenkopi for building. Beautiful structures with it can be found just north of Flagstaff in Wupatki National Monument. The Sinagua people first started to build here around 675 CE. They moved out of the area just prior to the 1064 eruption of nearby Sunset Crater.
As Marie Jackson noted in her wonderful book Stone Landmarks: Flagstaff’s Geology and Historic Building Stones, more than 500 boxcars of Arizona Red were sent to Los Angeles for its county courthouse in 1889. Unfortunately, damage from a 1933 earthquake led to demolition in 1936. 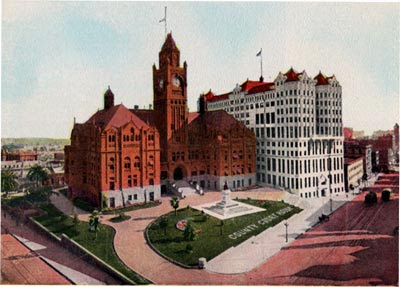 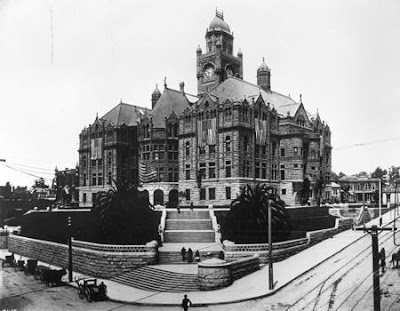 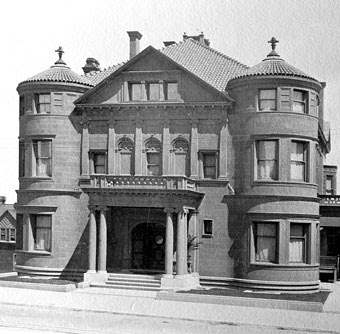 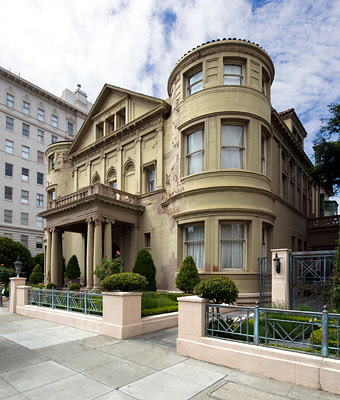