An artistic follow up to my last posting on Stone versus Rock. In mid-September, I attended a wonderful workshop on stone. Stonefest is held each year near Seattle at the Marenakos Rock Center. (Not sure what it means that a Rock Center sponsors a Stonefest.) The four-day event brings together sculptors, stone carvers, masons, and stone enthusiasts for a fun gathering of pounding stone, good conversations, and usually building an amazing stone wall structure, under the guidance of master mason Patrick McAfee.

One of the highlights for me was a session titled Weaving Words into Stone: The Art of Letter Carving with Karin Sprague. I met Karin several Stonefests ago when she organized the carving of a massive Scrabble set, which was dubbed Scrubble. This year Karin undertook a smaller focus, getting people to carve the word Stone on a variety of columns. I will let the designs speak for themselves.

Several times during the research for my book on building stone, I came across references to making or using mortar. In particular, in my chapter on coquina, I described how the Spanish burned oyster shells to make lime for mortar. I sort of understood the basic process, but again, not until StoneFest, did I get the process of what the Spanish did. One of the first projects at StoneFest this year was to make lime for mortar. 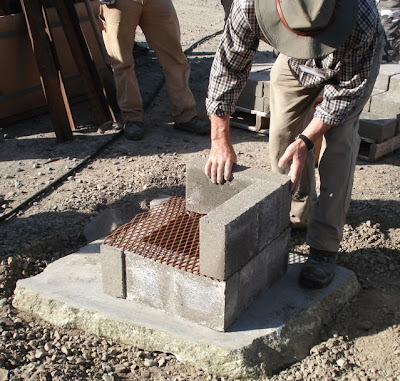 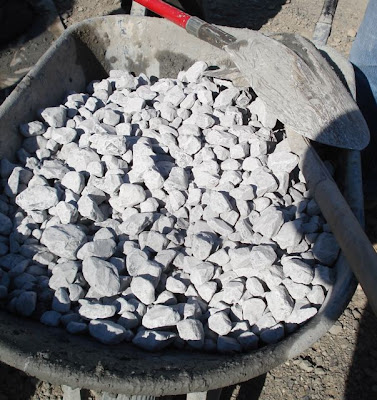 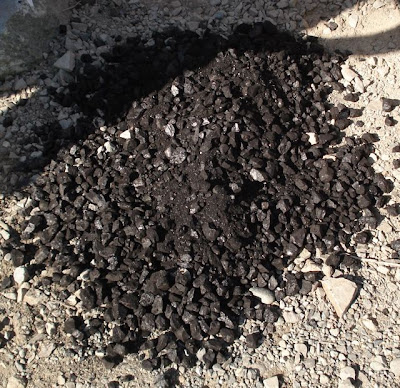 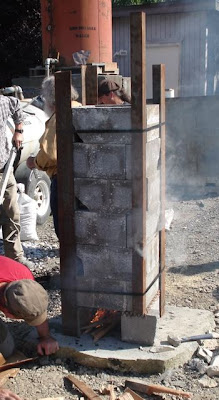 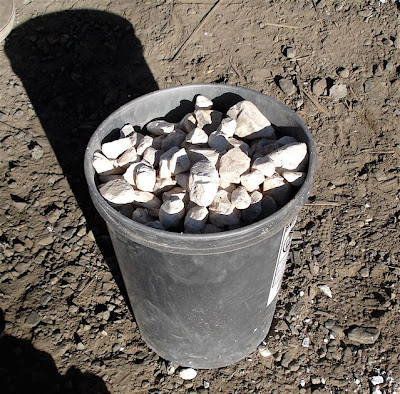 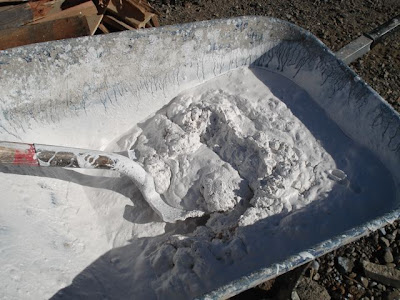