Skip to content
Tweets by geologywriter
Before leaving Santa Fe to address some cool stone I found in Albuquerque, I want to focus on an odd aspect of Santa Fe’s Cathedral. Carved into a triangle in the keystone of the entrance arch is a Tetragrammaton, or the Hebrew word for God. No one knows exactly why or who carved the four letters (Yod, He, Waw and He, or YHWH, pronounced Yahweh), which may be why so many stories have arisen around the inscription. 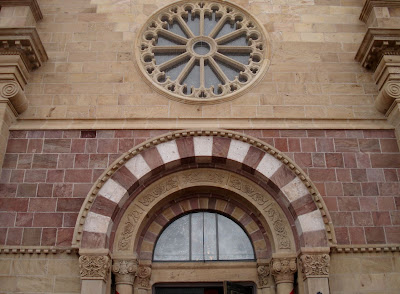