Skip to content
Tweets by geologywriter
On March 3, 1879, President Rutherford B. Hayes signed a bill in the closing hours of the 45th Congress. Packed with a variety of items, the bill also had a short item establishing the United States Geological Survey, which would have the following mandate: “classification of the public lands, and examination of the geological structure, mineral resources, and products of the national domain.” Three weeks later, Hayes appointed Clarence King to be the first director of the USGS and on May 24, he became the director. 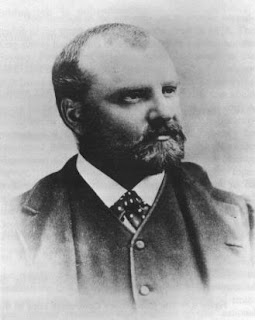