Skip to content
Tweets by geologywriter
Although Santa Fe is known for its signature stucco architecture, the diligent stone seeker can find rock-clad buildings. Two buildings stand out: the Santiago E. Campos United States Courthouse and the Cathedral Basilica of St. Francis of Assisi. Both use local stone and both are quite handsome structures. I will focus on the Courthouse today and follow up later this week on the Cathedral, which will require two reports. 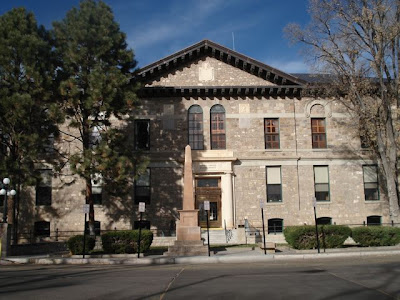 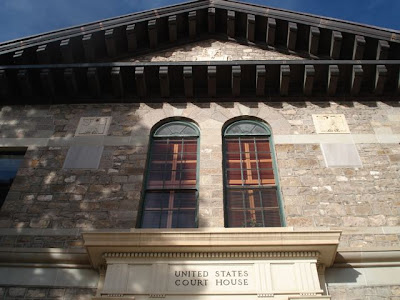