Skip to content
Tweets by geologywriter
As noted in my previous posting, slate does have a long history as a wonderful tombstone material but my favorite tombstones are the ones carved from Salem Limestone. At Green Hill Cemetery in Bedford, Indian, a pair of six-foot-tall tree stumps with interlocked broken branches memorializes Mammie Osborn Maddox and Alonzo Maddox. Stone flowers “sprout” from the base of her tree with ferns “growing” from the base of his. Nearby stands the tombstone of Hattie Wease, who died in 1912. Her tree stump rises from a stack of horizontal, cut logs. Above her name are an axe and mallet, carved with precise detail into the stone. 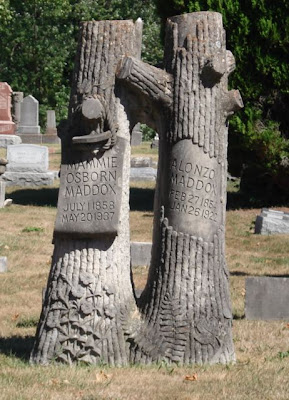 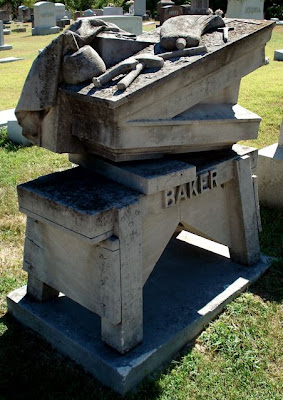 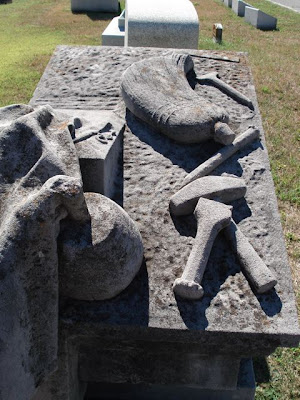